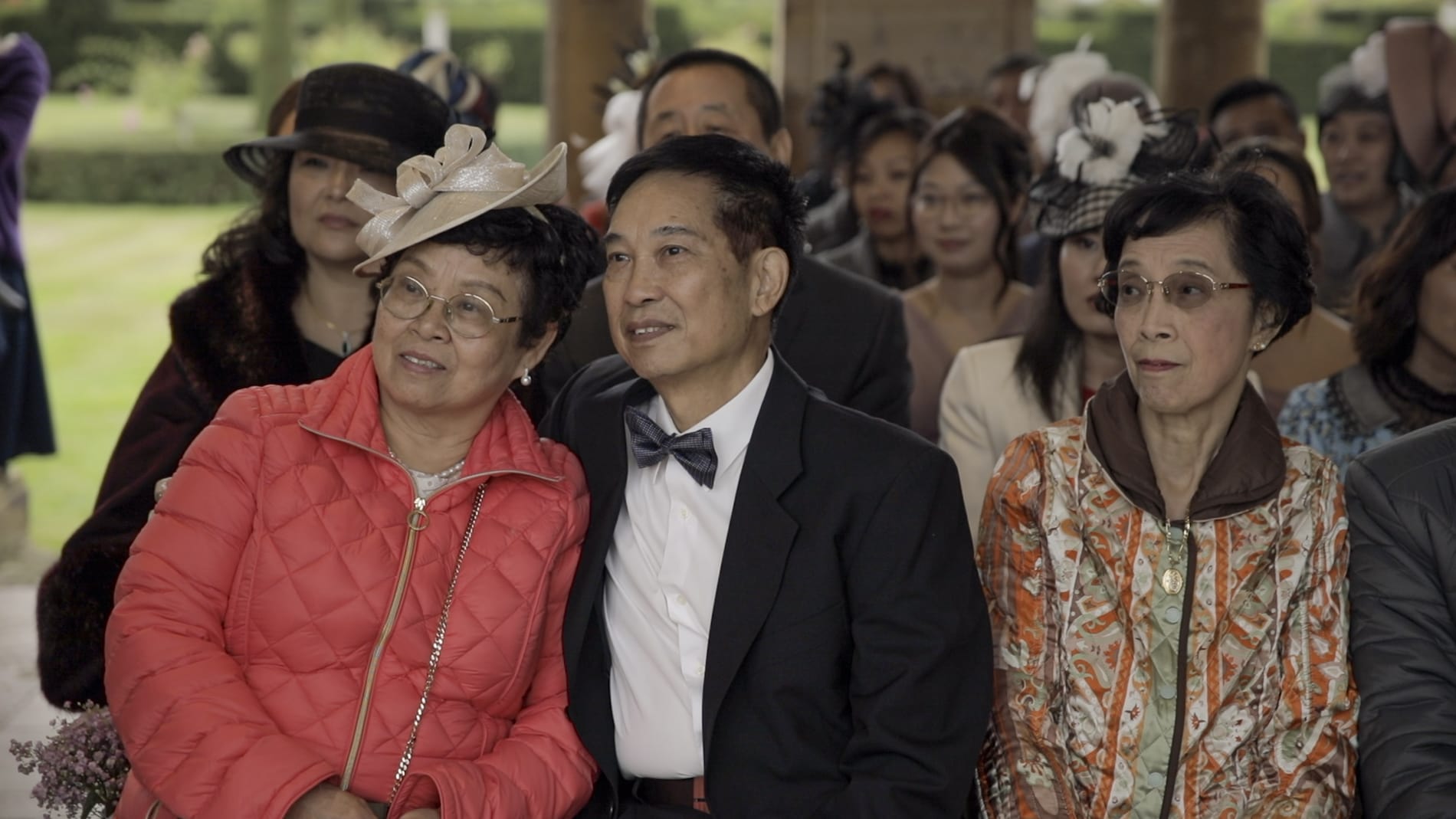 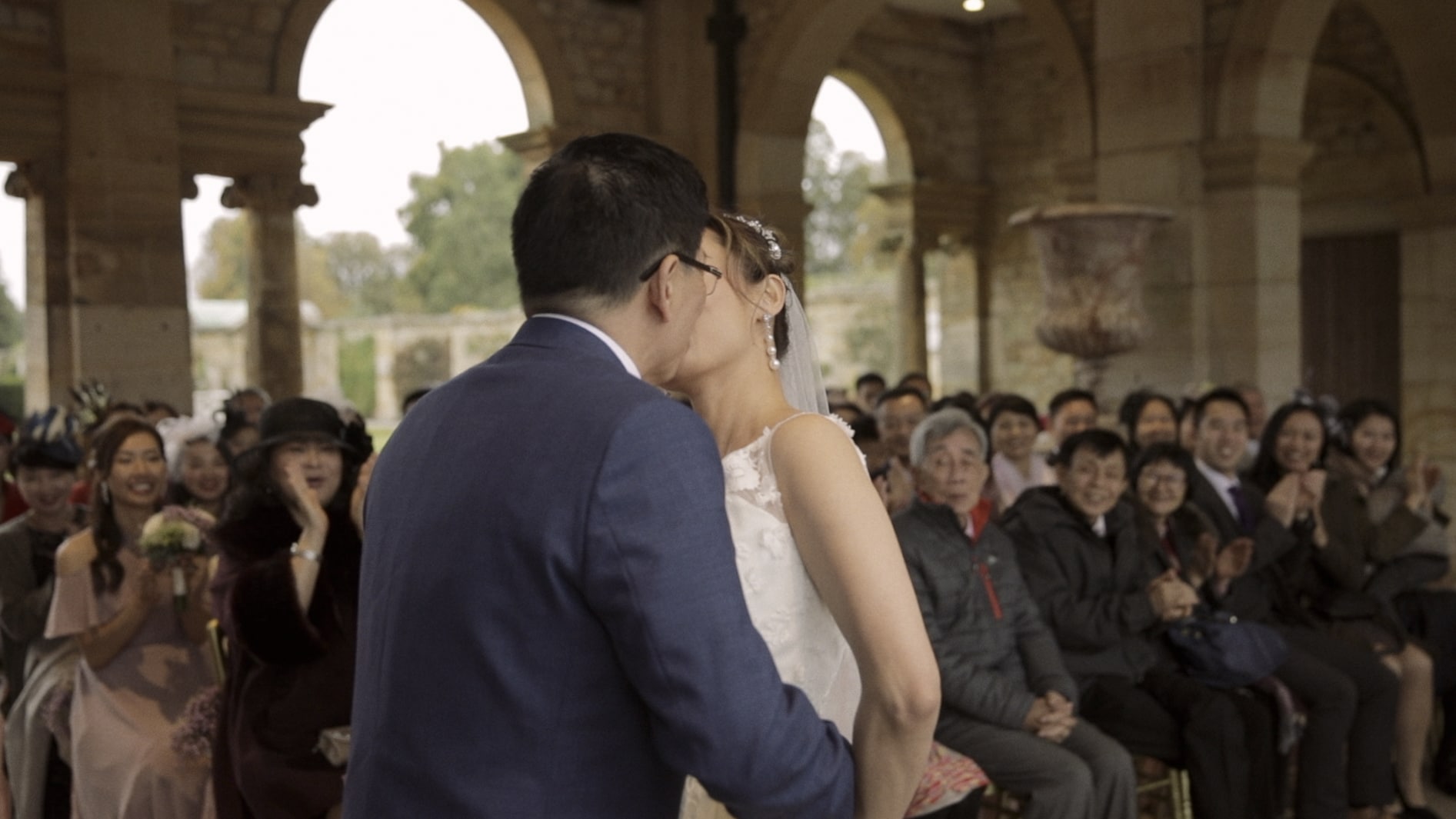 about wedding films and photos

How long do you stay on our wedding day?

I don’t have a set number of hours that I record, as I know that schedules slip and it’s often impossible to stick to original timings. I love all the different elements that make up your day, so I generally arrive early to capture footage of the venue and the surrounding area, and then stay until the dancing and the party gets going! If you have any special requests for what to cover, just let me know. If I need to stay very late, I may need to book accommodation, so this could be an additional cost, but if this is necessary, we’ll discuss this at the planning stage. 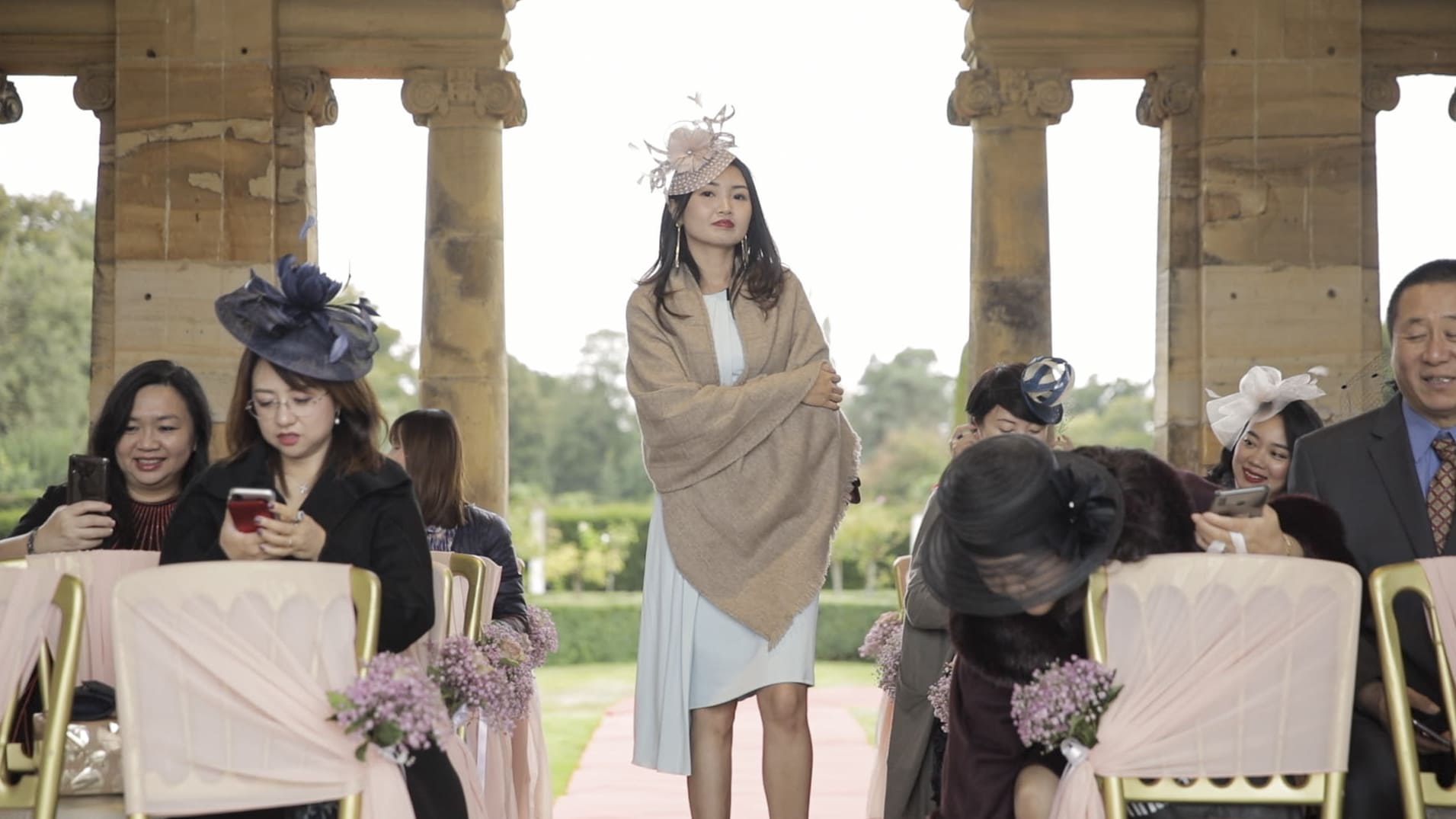 Do you take photos as well as filming our day?

I was a photographer for thirteen years before moving into video, so yes! If you decide you’d prefer me to take photos instead of filming your wedding I’m cool with that. I just can’t do both at the same time!. My photography style is very similar to my filming style, which is candid and relaxed but it includes posed family and couple shots if you would like these. I offer a combined photo and video package, in which case I’ll come with a partner so we cover off both all day. But if you decide to have separate photo and services, that’s totally fine with me too.

My videos are relaxed, candid, and documentary-style, which means that I capture the real events of the day, as they unfold. I’ll never ask the bride and groom “act out” anything, or ask your guests to “hey, say something to the camera for the bride and groom!” I believe that the best kind of video of your day is one that’s a genuine, authentic record of your celebration. Each wedding is different, and I try to reflect that in the mood and pace of my videos as well.

I do like to have some time alone with the couple if there is time, to get some special shots of you together, I usually do this alongside the other photographer, taking it in turns with them, so we both get our shots.

I love capturing your friends and family naturally, as they are, at your wedding...

Do I need a second shooter?

If I get asked this, I always recommend that you do. You'll get a wider variety of shots as well as different angles from your day, taken simultaneously, e.g. Bridal Prep and Groom Prep, and all the small details as well as the groom & guests arriving as well as more candid shots throughout the day. I’m part of a network of trusted videographers and we regularly second shoot at weddings for each other.

Yes, of course—I’m insured up to £5 million for public liability, which covers weddings at upmarket National Trust and exclusive castle and stately home and manor venues.

If your venue requires proof of insurance, don't hesitate to ask.

Do you offer drone footage?

I offer this as an additional extra. I don’t shoot this myself, so I can focus on your wedding but I have a fully qualified drone operator as part of my regular network, if drone footage is asked for. You’ll receive all the drone footage as well as the footage that I edit with the final film.

Will you get in the way at our wedding?

I don't set up shots or ask you or your friends and family to pose for the cameras, our aim is to capture people acting naturally. I want you and your guests to enjoy the day, without at all feeling self conscious. I use long lenses during the ceremony and speeches (where possible) so I don't encroach on your special moments, and I make sure I'm not blocking the view for your guests. Most couples and their friends and family forget I’m even there! 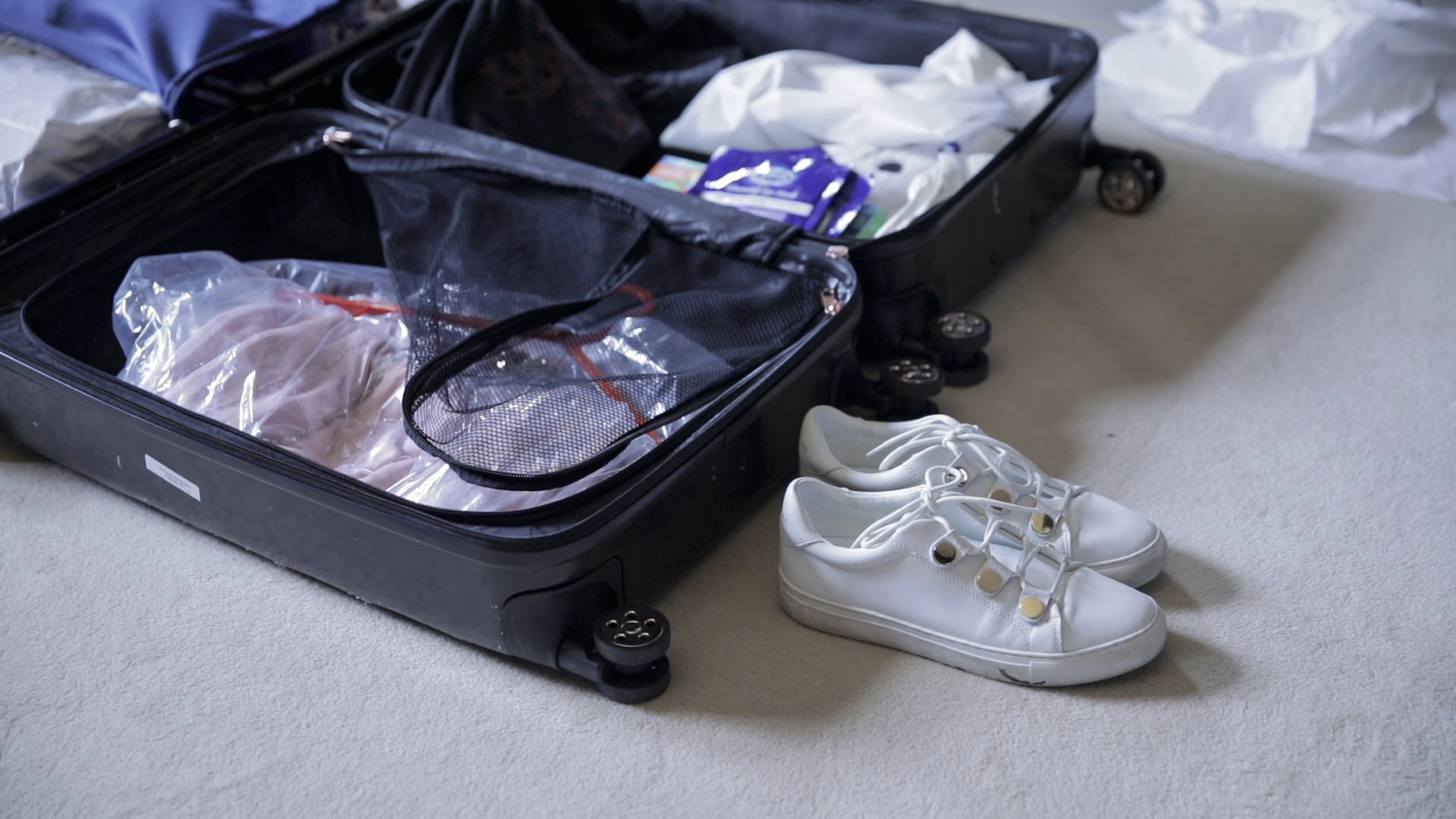 How soon will we receive our film or films?

I aim to have the film ready within 6 to 12 weeks of your wedding date. I don't want to rush the edits, I spend time carefully choosing the right music, and reviewing the footage to select the best audio and visuals, to ensure I create the best wedding video possible. However I do offer priority editing for an additional cost if you want your films created in a shorter time.

How long do we have to wait to get our full gallery of Photos?

Photos are much quicker to edit than video, so you should receive a link to a selection of your images within 48 hours, possibly sooner, and the remainder within two weeks of your wedding day. If you would like albums for your photos, please let me know and I'll also provide you the prices and rough lead times for delivery in advance.

If you plan on doing a lot of walking around outside for your couple shots, i really recommend buying some bridal trainers to slip into and have a rest from wearing high heels!

Do we need to feed you?

If I’m filming all day I get really hungry, and I love food! I really appreciate it if you can include me in the food; but I don’t need much, a simple meal will do, and the caterer may offer supplier meals. However if this isn’t possible let me know, and I’ll bring my own.

Will you meet us before the wedding?

Of course! I'm happy to meet before the wedding if you wish. A face to face meeting is great, but sometimes this may not be not possible, if you're far away, but I always Skype or Zoom my couples before the wedding day anyway, so you'll be able to put a face to the name, and it helps put you at ease beforehand.

Do you come to the wedding rehearsal?

I love coming to wedding rehearsals, especially if I haven't been to the venue before, as then I can plan where to film to get the best shots of you both and your wedding.

However, depending on the location of the wedding, there maybe an extra charge to cover expenses.

If you're having a destination wedding or elopement, I usually arrive a couple of days beforehand to make sure everything is ready to go.

Do you offer raw footage from the day?

I don't generally offer raw footage, but I do make sure I include as much of all the best bits as I can, and I dont' have an automatic cut-off time when I edit your films.

However, I do offer a FOMO (Fear of Missing Out) edit, where I provide a film of all the usable footage from the day in chronological order, for an additional charge, along with any connected audio, if this is something you would be interested in.

It's a rough cut, and it doesn't include any titles, or music. It literally is just everything that was shot on the day, minus the messy bits, like me turning around or moving the camera between locations when it's still rolling. 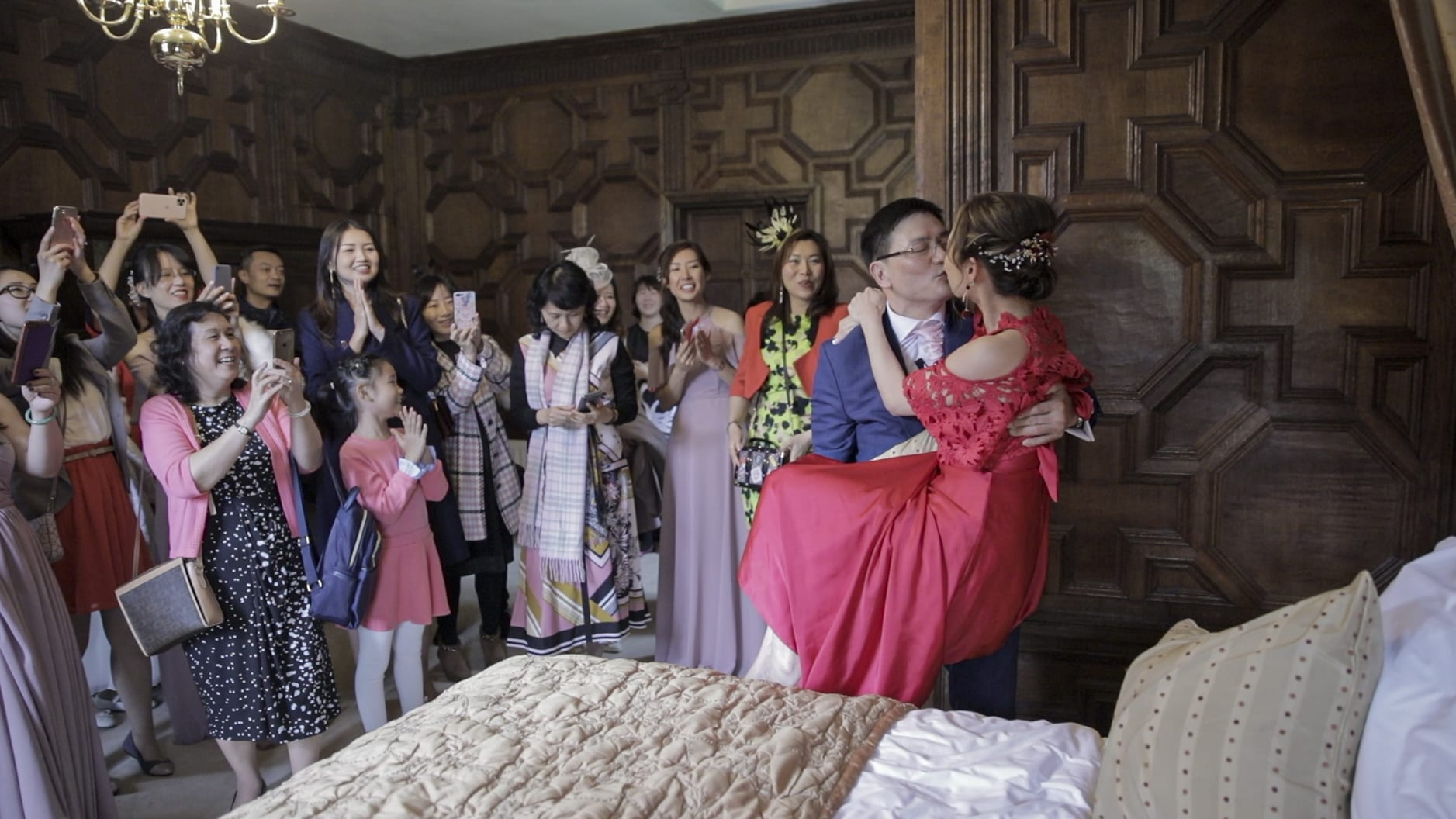 I'm really uncomfortable about being in front of a camera... can you help?

You'll be spending almost as much time with me as with your other half, so I'm not surprised I get asked this a lot! I always like to meet my couples via Zoom or Skype in advance and build up a relationship so you'll both feel relaxed around me before your wedding day. I arrive early, and seriously, most people stop noticing I'm there after a few minutes as I keep out of the way! During couple shoots you'll be walking and looking at each other, so you won't be looking directly into the camera all that much of the time.

Do you film same sex weddings?

If you're having any other special events like tea ceremonies or wedding door games, be sure to let me know as I love filming these!

I am proud to film any couple looking to declare their love for each other, regardless of their race, creed, age or sex! 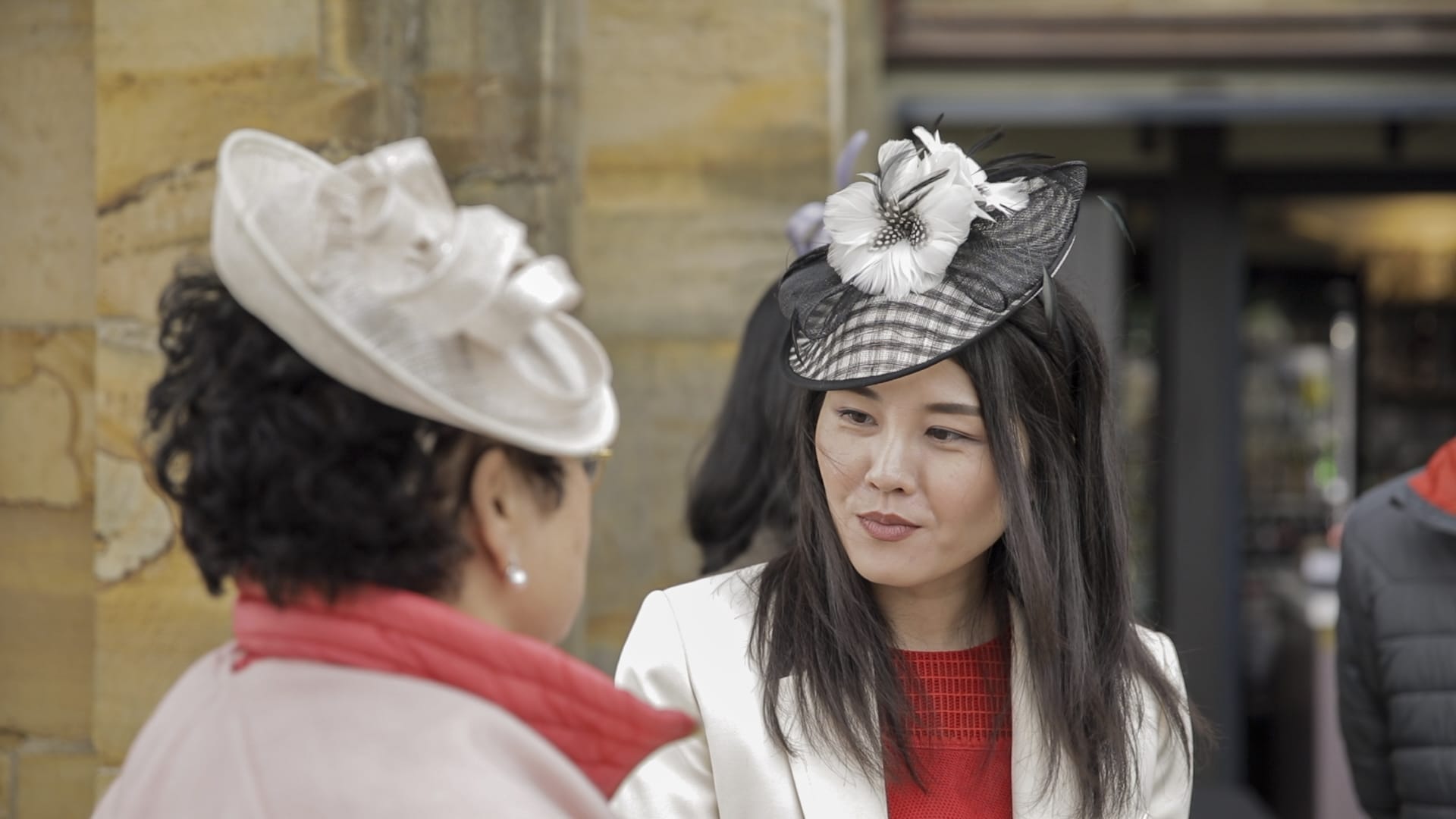 Don't see the answer to your question?

Drop me a line for a no-obligation chat and I'm happy to answer any questions you have...